Coming back from the 2n International Congress on “Forests and its Potential for Health”, with important news.

PHOTO: The Secretary of State of the German Land of Mecklenburg-Vorpommern opening the 2n International Congress on “Forests and its Potential for Health” at Krems and der Donau (Austria), anouncing that the Land is implementing 14 new therapeutical forests.

We’re also entrusted with the organization of the 3rd International Congress, to be held in Catalonia (Girona-La Garrotxa) between October 7th and October 10th 2019.

At Sèlvans Association we have participated in the 2n International Congress on “Forests and its Potential for Health”, celebrated at the autrian municipality of Krems and der Donau between November 6th and November 7th. The Selvans delegation has been composed of Jaume Hidalgo i Colomé (President), David Merino i Parcet (Vicepresident) and Stefan Esser (Global Change and Innovation) [left to right of the picture]

At the 2nd Congress we have presented the current state and standard of quality of our network of 7 operational therapeutical forests, as well as the roadmap for its extension to all Catalonia for the coming years. This pilot network, which has a special presence in Girona Province, has been implemented with the collaboration of the Costa-Brava and Girona Tourism Board, together with other public and private institutions and enterprises like “Natura Selection”, ESTEVE, and the Foundation of the “Caja de Ingenieros”, and 5 municipalities linked to these forests. Selvans also counts with the scientific collaboration of the University of Girona (through its Environment Institute, and its Campus for Cultural and Natural Heritage).

During our presentation we have algo presented the advances in regard to the valorization of ecosistem services produced by these forests on our health and wellbeing.

As an important step forward derived from the 2n Congress, Selvans and other 10 institutions from 8 countries have set the founding stones for the creation of an International Society of Forest Therapy, led in this first steps by the Government of the Land of Mecklenburg-Vorpommern. The first countries represented in the Society will be Germany, Austria, Catalonia-Spain, Portugal, Japan, Australia, Brasil and Iran. Selvans’ condition as founding member of this new network and tool for international cooperation, together with our implemented standard of quality of this new forest resource, confere Catalonia a pioneering position at European level regarding this new technology, following the enormous advances made at Mecklenburg-Vorpommer, who can be proud to have officially certificated the first therapeutical forest in Europe (during the 1st International Congress held in 2017 in Germany).

During the event, the organizing authorities have officially given Selvans the responsibility of organizing the 3rd International Congress, which will be held between October 7th and 10th 2019 in the city of Girona and the countryside of La Garrotxa. Actually, Selvans has allready been working on the event since the beginning of 2018, in colaboration with the Departmane of Agriculture, Fishing and Food, the Department of Land and Sustainability, of the Catalan Government (Generalitat de Catalunya), the University of Girona, and the Catalan Land Stewardship Network

Selvans calls out to individuals, institutions and enterprises who want to help make the 3rd Congress a success to contact it at info@selvans.ong. 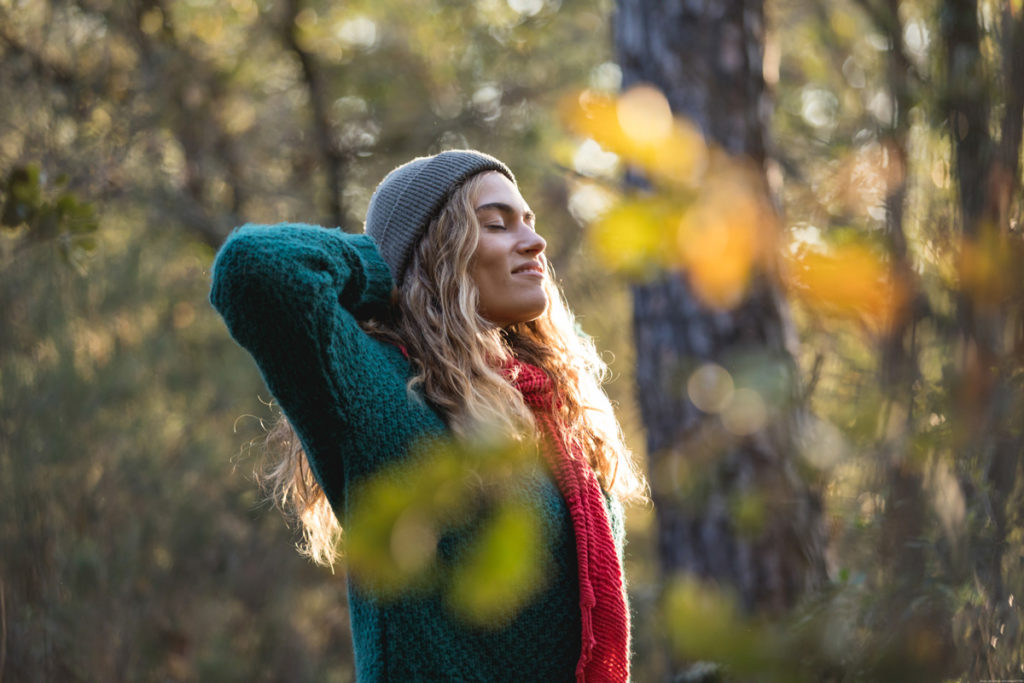 Early bird registration plus 50 seats at a special discount

The III International Congress on the Potential of Forests on Health will take place from October 7 to 10 2019 in Girona – La Garrotxa. The purpose of the Congress is to create a meeting space for the knowledge and exchange of experiences from around the world in the use and valorisation of forest ecosystem […] 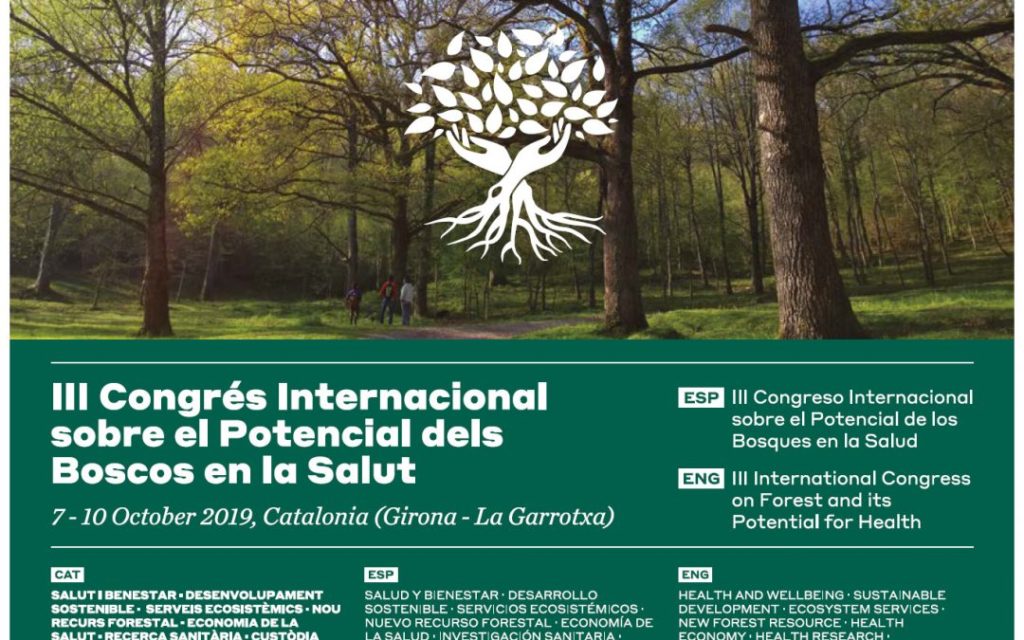 We inform you that registrations for the III International Congress on Forest and its Potential for Health, which we’ll hold between October 7 and October 10 in Girona and la Garrotxa, continue open. The event is organized by Sèlvans Association, the Network for the Conservation of Nature, and the Cultural and Natural Campus of the […] 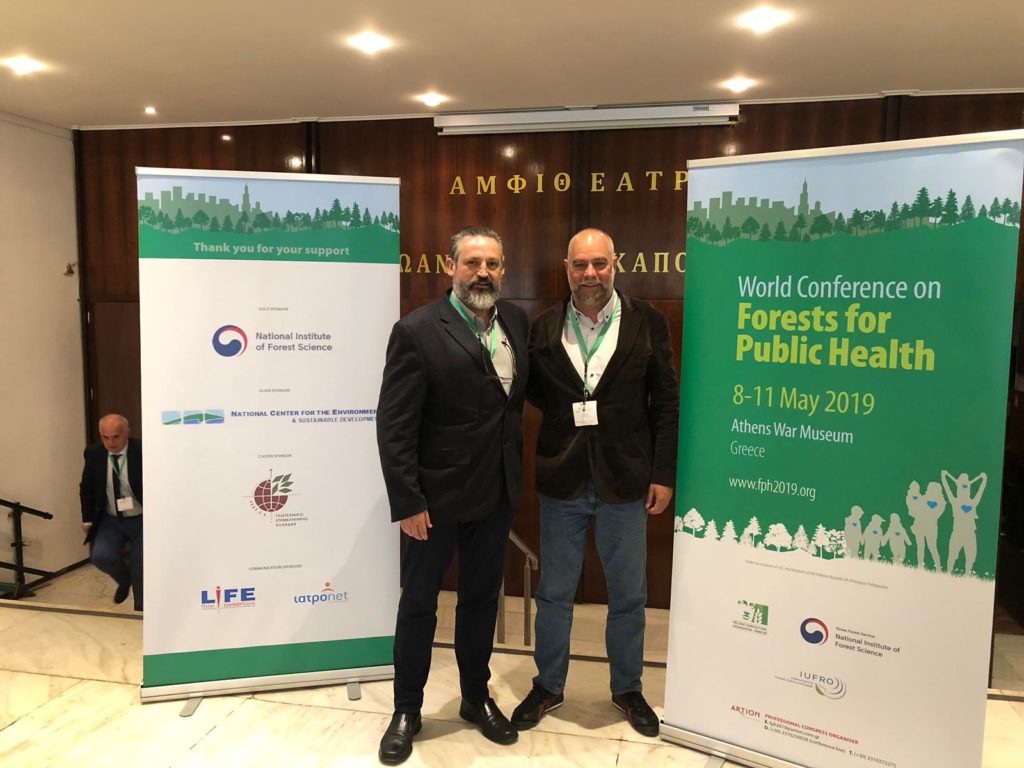 From 8 to 11 of May the government of Greece has hosted the World Conference on Forests for Public Health, in which we have participated through our President, Mr. Jaume Hidalgo i Colomé, and our Vice-president, Mr. David Merino i Parcet. Our goal has been to get an update on the last developments in relation […] 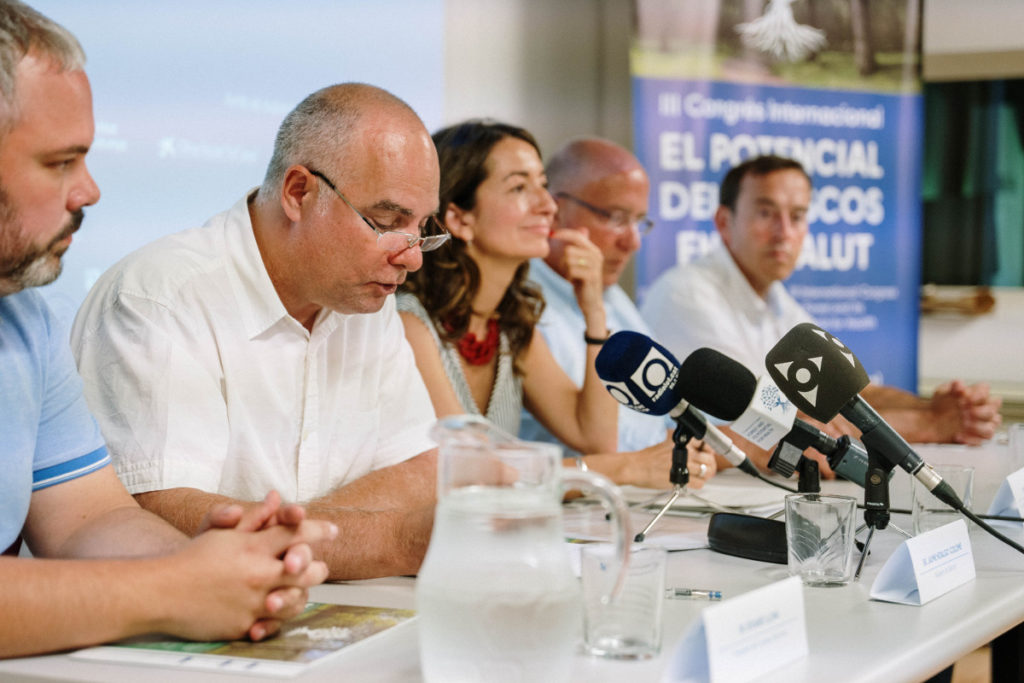 Can Jordà (municipality of Santa Pau) hosted, on July 22, the first presentation to the press of the III International Congress on Forest and its Potential for Health that will be held from October 7 to 10, 2019 in Girona and La Garrotxa (Catalonia-Spain). The press conference was attended by a wide variety of personalities, […]

With the support of:

If you continue browsing this site, you agree to use cookies. More information.